Skyfall is the first Bond film that I have genuinely enjoyed watching. As someone who is not a Bond fan and who never understands the plots (often because I have fallen asleep during them) I thought I should write a review. There are plenty of reviews by Bond fans but as I was surprised to find myself loving this film I thought, credit where it’s due, I should acknowledge its greatness. 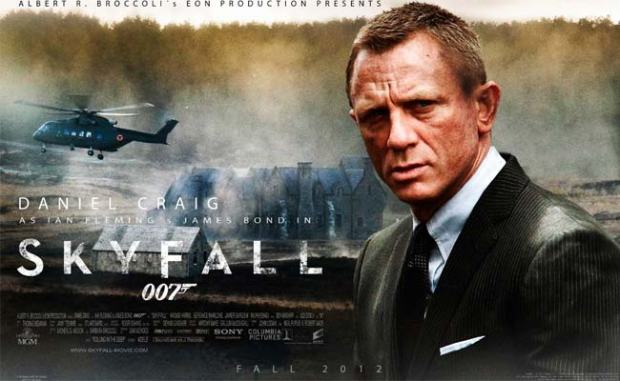 This is why I loved Skyfall, despite not knowing who anyone was or why the car was funny or getting some joke about a hat stand (or something):

It’s very exciting. My internal monologue the whole time was like, ‘Oh, that’s dangerous! Oh my goodness, be CAREFUL! Hmmm, I’m not sure you should OHMYGODWATCHOUT!’ For some reason other Bond films have not gripped me in this way (but like I said, I probably fell asleep and missed the exciting bits). The explosions were extra explody. 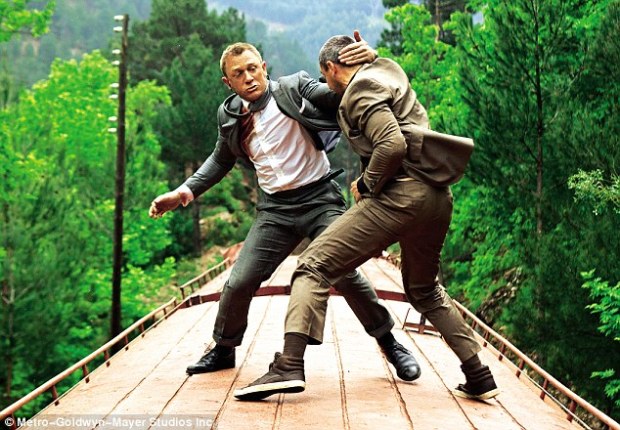 Best baddie EVER! It’s the guy from No Country For Old Men and he’s SUCH a brilliant baddie. I love him. He has this gorgeously brutal face and brilliant wavy hair like Lion-o and he’s HUGE and scary. 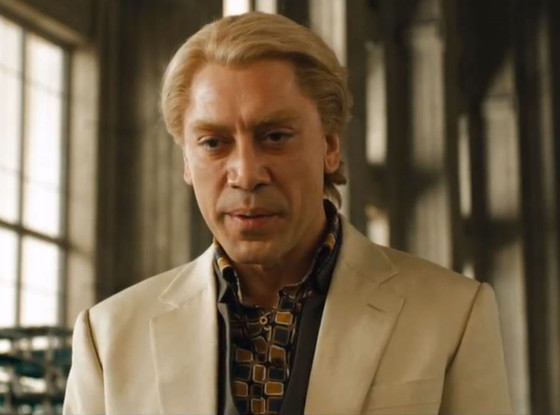 Scary. But oh, such lovely hair!

Elements of the A-Team meets Coronation Street. Look out for these moments! I can’t say any more than this for fear of spoilering them but they were my favourite bits. And there is a helicopter and it’s the most massive one ever!

Not as much sexism as in previous films. Maybe it’s just me but I don’t think it was as sexist as Bond films I’ve seen in the past. It seemed like M’s character was of much greater importance to the story. Basically, it just didn’t annoy me as much as previous Bond films. There is still an amount of sexism though [edit: some readers have called me on this. Yes, the sexism is pretty stark. It is pretty bad. But have you seen any other Bond films? I’ve seen at least half of a few of them. Things have improved a little bit!] and you do have to extend your sense of disbelief-about-STI’s as well. (Internal monologue: ‘Oh I do hope he uses condoms and goes for regular check-ups. Yes love, he looks awfully cute in that tux but srsly, not five minutes ago he was having it away with a nameless girl in a beach hut. Oh, that’s dangerous! Oh my goodness, be careful! etc.’)

It’s not my ideal film, but as far as Bond goes I was expecting less respect for women. And I did also enjoy the hint that Bond’s sexual history might not have been as predictable as we might have imagined…

Seriously, look at the bad guy’s face! Isn’t it stunning?

No torture scenes. I really can’t bear torture scenes. Punching and murdering are bad enough. I stopped watching 24 when they decided that killing people with guns wasn’t exciting enough and started introducing… well, you don’t need to know. Yuck.

Older people! Hooray! A film with proper older people who are main characters. I enjoyed the commentary about getting older and facing a new world with traditional skillz (and traditional weaponry , obviously. DANGER!)

I also liked the Adele song and the video that went with it.

And I think that sums up my feelings about the latest Bond film. All in all, a fun film that’s loud enough to mask all the horrible popcorn chomping noises (and do see it in the cinema and not on DVD. I think this is partly where I’ve gone wrong before. The helicopter! It was SO big!) Go forth and enjoy! And y’know, stay safe in various ways…