Berlin has been stalking me at home recently. This is a bit hard to explain. But bear with me.

I want to say before I start that I am almost over the tendency to see meaning in *everything*. That is, I do think some things are just coincidences, and I am finding that I can enjoy them as coincidences even if they don’t mean anything significant like the world ending or my impending lottery win (which would be amazing as I don’t play the lottery. Maybe I should). In fact sometimes, now that I’ve nearly let go of the constant pursuit of meaning, it’s favourable to enjoy coincidences just as they are- crazy collisions that make-sense-and-don’t all at once, a kind of  6 Degrees of Kevin Bacon for the minutiae of your life.

I’ve never been to Berlin. I’ve been wanting to go for a while. I read this article ages ago, about a derelict amusement park in Berlin and I

bookmarked it. I read it sometimes and I imagine it will probably make its way into a story at some point. I would love to go there and take a look at it. I also want to see the Kaiser Wilhelm Memorial Church and to be in the place that tells another story of the Second World War from the one I learned in school.

1. I also wanted to see the  Kunsthaus Tacheles ever since my husband came home from his first trip to Berlin and told me all about it (actually, when he first did this I was terrified;‘You went to an old disused building in the middle of the night? Oh, great, I bet you hitchhiked a lift there too, right? Actually no, don’t tell me.‘)

But I had to admit, it sounded amazing. Colourful graffiti in the halls, art everywhere, even a cinema.

And then, just recently, they shut it down. I was/am sorry that it’s gone now. I’ll never see it, but it’s worse than that. It had been running as an art centre since the collapse of the wall and there is something really sad about its demise, it’s like the loss of a little memory, to make way for more money. What a shame.

2. It was my birthday soon after the Tacheles closed down and my daughter (possibly with some help. I do hope so.) bought me Christopher Isherwood’s Berlin novels- Mr Norris Changes Trains and Goodbye to Berlin. I had watched Cabaret (¡Ay, caramba! What a film) a while back and said I’d like to read the novel. I’m currently part way through Mr Norris and loving the writing style- so readable and ironic. Lovely! 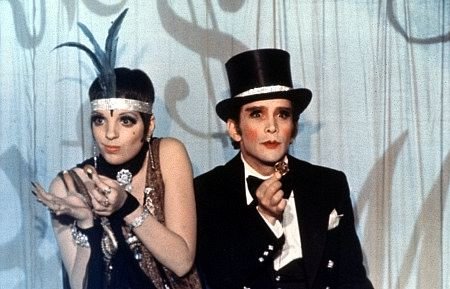 3. Then last week I heard about a play that was on in Belfast. I saw it advertised on Facebook and I hadn’t heard of it before but it just sounded like something I had to see. Happily, our daughter had a planned sleepover so we went to see ‘I Am My Own Wife‘ at the new MAC theatre in Belfast. It’s the true-life story of German transvestite, Charlotte Von Mahsldorf, who survived the Nazis and the Communists in 20th Century Berlin. I can’t adequately tell you how good it was and I think I might need to see it a few more times to even start. We talked the whole way home about it- how clever and beautiful it was, and how wonderful the actor, the questions it asked about identity and gender, the commentary it made about the media and fascism.. just go and see it if you get a chance. I could probably count, quite easily, the number of times I’ve felt like that about something I’ve seen in Belfast, but the nice thing is that I feel like those instances are happening closer together and more often now.

Northern Ireland is a country of dark and bright extremes. This morning as I drove home from Belfast it was so sunny that the sea at Dundrum was sparkling really hard, like the static of a broken television signal. By the time I got to my kitchen the sky was dark and it had started to hail-stone. We get a lot of shadows here, and a lot of rainbows. It has been a week of shadows and rainbows. This is what I will make myself remember- a man playing a man playing a woman, perfectly. Somebody brave. And it is the real reason for writing this blog post I suppose. 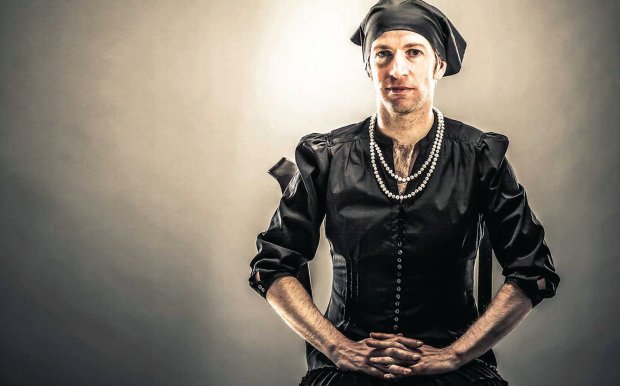 4. I started a new job last week. I’m doing some learning support tutoring at the local school. It’s great so far- meeting some very interesting students (One girl I was chatting to last week told me that her mum was quite superstitious, ‘You know, 13 is an unlucky number and you don’t go out on Friday the 13th, but parents also fear 13 because it means their kid is growing up, it’s the end of innocence as well.’ I’m certainly learning a lot. I hope I can return the favour.) Anyway, I have a student who is studying The Boy In Striped Pyjamas, which begins in Berlin, of course, during the Second World War. In my opinion there are better novels which deal with the theme (‘Once’ by Morris Gleitzman is exceptional. I’m kind of glad I don’t have to teach it actually. Who wants to sit through their teacher gurning buckets?) but anyway, when she told me that’s what we were going to read I thought, goodness, Berlin again…

5. And that was it, until today. I had started this blog post and then thought no, it’s too silly, nobody will think these coincidences are interesting, and so I decided not to bother. And then I went on Facebook and my friend Jon had posted this:

It’s from the Wim Wenders film Wings of Desire. Set in Berlin, it follows the life of several individuals and the unseen angels who watch over them. When the angels are present, the film switches to black and white. This bit of the story takes place at a Nick Cave gig. It spooked me to see it on Jon’s page, not just because I’d abandoned the Berlin-is-stalking-me post, but also because I had a dream about Nick Cave last night (in the dream he wasn’t saying ‘You must write a blog post tomorrow. P.S. Berrrrliiiiiiiiin’, or anything. It was a great dream though- we were at an fancy music awards ceremony and we spent the whole time slagging the whole thing off and thinking we were hilarious. It was basically a dream date with Nick Cave).

So there it is. All the Berlin-related things that have happened to me during the last few weeks. If Berlin doesn’t leave me alone soon I will have to go and visit it and give it a good talking to. Final word can go to Michael: